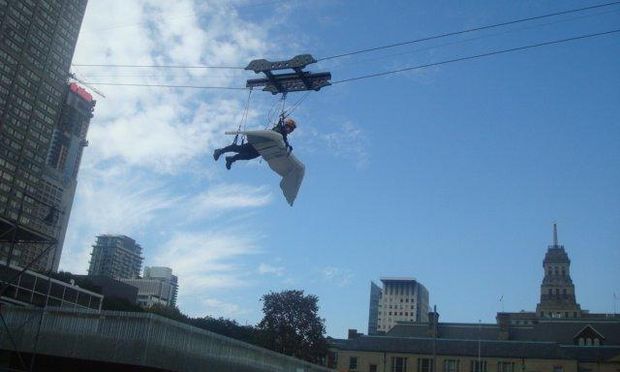 In thinking about resilience, I am reminded of black feminist Audre Lorde’s statement: “Caring for myself is not self-indulgence, it is self-preservation, and that is an act of political warfare”[1]. Here, resilience is of the corporeal body (Lorde’s had breast cancer) and of the self in a social system (needless to say, a black lesbian woman, in Lorde’s time as in our own, experiences particular obstacles in her quest to exist, to persist, and to thrive).  For Lorde, self-care offers the possibility of survival: to preserve oneself when under social, environmental, and (auto)corporeal attack is to not give up, to fight back, to win battles if not wars.  From survival flows the threat and promise of further political imagination and additional political action.

Resilience means: to be elastic, to spring back into shape, and to be able to recover from hardships or difficult conditions.  It has similarities to and difference from durability (possessing the ability to withstand wear, pressure, or damage) and robustness (strong, healthy, vigorous, sturdy).  Its defining qualities have to do with being flexible, being subject to threat, and being quick to recover.

As we all intimately understand, even in cases where less than our very mortality is on the line (Lorde’s body did not survive her cancer), bodily resilience has limits.  What parameters for resilience can we imagine that exceed (but include) bodies?  What social, corporeal, technical, and political formations are most resilient—and most valuable?

As Seda suggests, one way to add value to resilience is to add play: then resilience can begin to mean more than “withstanding attack” and live up to its elastic, flexible, and less instrumental qualities.  Practices of play might include political speculative design.  It is such practice that imagines artifacts like the “feminist server.” If someone were to build a feminist server, it would exist as a material artifact--but it can never be just a technical artifact.  It necessarily incorporates the individual and collective thought, bodies, social experience, imagination of activists, feminists, and techies who live, work, and play in a social and political context where it makes sense to imagine a community-run and -controlled, “autonomous in the sense of deciding her own dependencies” machine [2] that “enables new agencies.”

Critical technical practices should never mistake a technical artifact that arises out of them as standing apart from the social relations that produce it, or into which it might intervene.  Technology is not the same as social power (and technologies alone can never bear the weight of redressing social inequalities). But it can be a useful site around which to reimagine relationships within communities, between people and technologies, and perhaps especially amongst people whose social positions and experiences afford them special opportunity for insight into alternative terms of association. [4]  A few other artists and technologists who play and speculate wonderfully include Chris Csikszentmihalyi; Julian Bleecker; Natalie Jeremijenko; and Phoebe Sengers. Speculative design centered around feminist politics is one strategy (of many) for becoming resilient in a mode that recuperates and exceeds survival, striving for flexibility and flourishing as political actions.  Such playful practices may not resolve into wholes or outcomes (or whole outcomes), but this does not undermine their seriousness or their value.

[1] While seeking documentation for this quote, I found it in truncated form, “Caring for myself is not self-indulgence, it is self-preservation,” attributed to American talk show guru Oprah Winfrey!  As if we needed reminding, the line between consumption and political warfare would seem a thin and troubled one under early-21st-century capitalism.

[2] As its designers state, a feminist server “[t]reats technology as part of a social reality.”

[3] Here I nod to Donna Haraway’s discussion of Chela Sandoval’s “oppositional consciousness” and “definition [of “women of color”] by conscious appropriation of negation,” in which people’s affinities form not through naturalized association but through conscious coalition and political kinship.  Simians, Cyborgs, and Women (Routledge, 1991): 155-156.