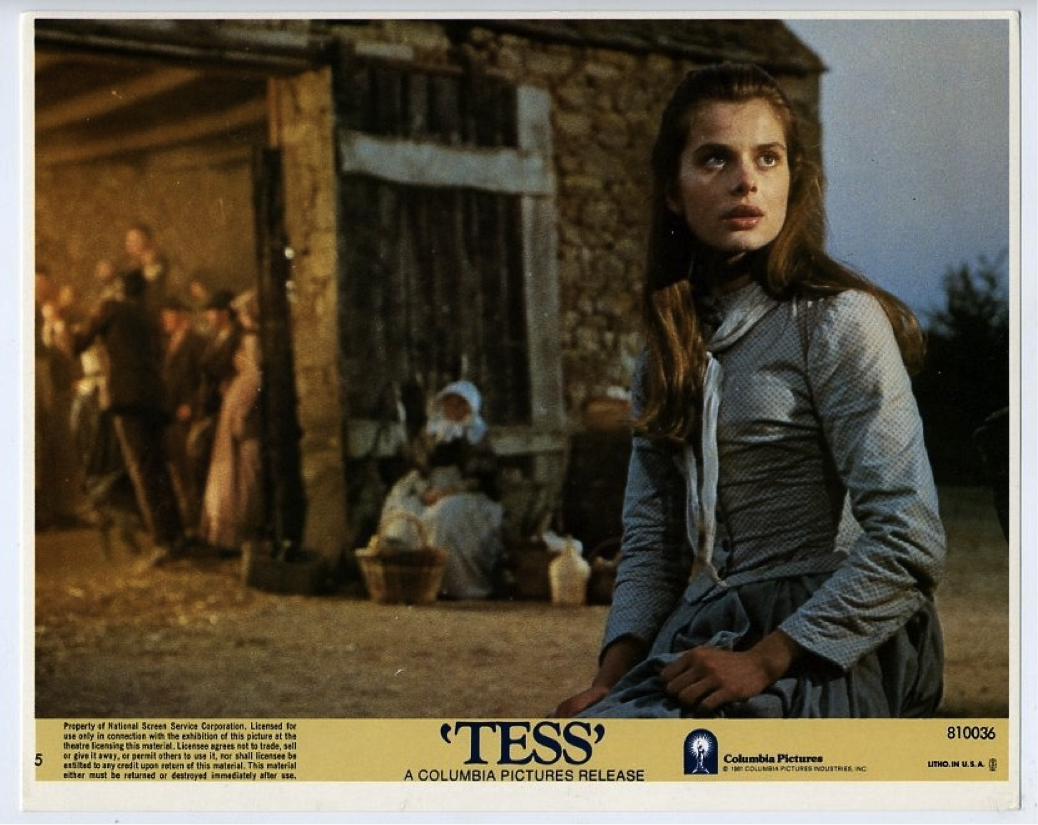 This year saw the DCP restoration of one of his most revered and long unavailable films, the epic Tess, a period piece about Tess d’Ubervilles’ life and misery, the lead played without spectacle or vanity by a 17-year-old Nastassja Kinski.  The story chronicles Tess’ doomed efforts to establish her own space and the legion of men who disappoint her—a drunk father, a sexually violent cousin, and a selfish idealist masquerading as a philosopher, who abandons her once he discovers she is not the pure countrygirl he’d fantasied her to be.  Tess is a kind of idealist too, dedicating herself to bone-grinding labour and refusing all the privileges her striking beauty makes available.

Though the film is in every way expansive, stretched out nearly three hours, a panorama of open skies and vast fields, the atmosphere is cramped and claustrophobic: everywhere Tess goes, she is offered the same cheap attention and is met with the same bitter slander when she refuses it.  Her world narrows and her spirit hardens until only a brisk and unelaborate murder provides her some genuine satisfaction.  There is no other way out of this world.