"We both played with this machine that is the computer; we pretended to obey it even as we were exploiting it. As you know, the computer maintains the hallucinations of an interlocutor (anonymous or otherwise), of another "subject"...like a hidden god who's half asleep, clever at hiding himself even when right opposite you." - Jacques Derrida [1] 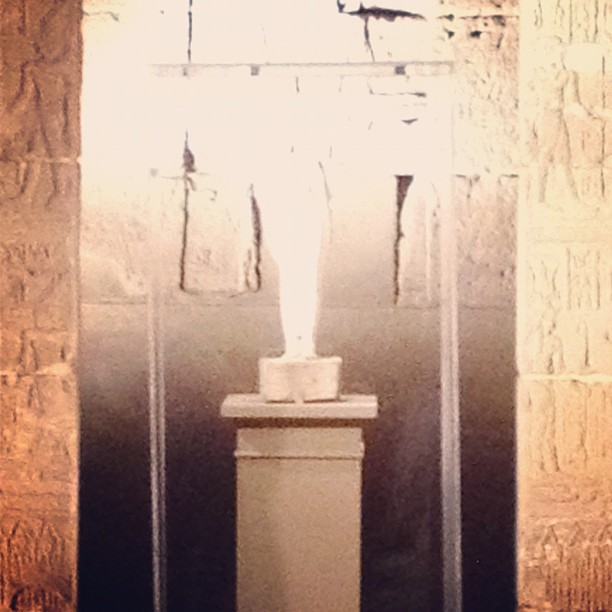 Plato's myth of Theuth and the gift of writing, as worked on by Derrida in "Plato's Pharmacy," recounts how the father-king-god Thamus was presented with writing as an offering by Theuth. Along with writing, Theuth has other presentations: "numbers and calculation, geometry and astronomy, [and] draughts and dice;" the occult sciences, arithmetic, and games. [2] Theuth has a father in Thoth, the Egyptian God of writing from which Plato bases his own myth.

Thoth or Theuth? A curious convergence, Derrida notes, “the effect of [which is] neither a partial or total borrowing, nor of chance or Plato’s imagination” but a “tangle of mythological accounts” of a god of writing etcetera, he of “several faces, several eras, several homes.” [3] Thoth/Theuth is a tense, written god, also the god of numbers, death, and magic. We seek out what these sciences have in common. Writing and numbers.

Recall the Borges epigraph in "Plato’s Pharmacy": "of the various schools of thought in ‘Tlon, Uqbar, Orbis Tertius’  one has declared “that all time has already transpired,” a second that “the history of the universe…is the scripture produced by a subordinate god in order to communicate with a demon,” and yet a third claiming that the universe “is comparable to the cryptographs in which not all the symbols are valid.” [4]* The machinations of the universe are communicative, but secret, in nature. Not quite a cryptograph. The cryptograph is a piece of coded writing; cryptography the art or science of writing in code. The code must be logical and referential – it needs to correspond. The universal cryptograph of Tlon, though, would be an encrypted cryptograph without a cipher. A broken code. Not a cryptograph at all.

The Egyptian Thoth, like Plato’s Theuth, is multi-talented; he is the sole possessor of a certain divine knowledge and language, he alone knows the secrets of the celestial operations. His is a cryptic knowledge - the heavenly bodies are observable, but unknowable, to us. The king-god has no need to understand the heavens - already knows/creates/controls them – but he still requires their documentation. The Book of Thoth was a kind of total (or impossible) book, containing all knowledge mystical, occult, and terrestrial. It was pure knowledge, knowing itself. Thoth serves as royal scribe and bookkeeper, master of books and reports, documents and records. He is a both a bureaucratic and inspired god – the father of the medium in which he is the most able operator. He is a god of death - weighing and judging the dead, a funerary God in his earliest incarnations, and a God without a father - Thoth was seen as self-begotten. The god of writing is the god of the law - a privileged position in the underworld - the god of death and its organization, the god of game and sport.

Derrida reminds us that the pharmakon, writing, and Thoth/Theuth are all “always involved in questions of life and death,” writing in particular because it is left behind and left over. [5] Exceeding and extending (beyond) life, postponing or negating any kind of absolute erasure, writing leaves us with a ghost that “will represent [us] even if [we are forgotten]; [writing] will transmit [our] words even if [we] are not there to animate them.” [6] He concludes that every act of Thoth/Theuth, like the pharmakon, “is marked by this unstable ambivalence. This god of calculation, arithmetic, and rational science also presides over the occult sciences, astrology and alchemy. He is the god of magic formulas that calm the sea, of secret accounts, of hidden texts: an archetype of Hermes, god of cryptography, no less than of every other –graphy." [7] Derrida has his crypt-[ograph] in pharmakon, this irresolvable word of writing and inscribing, death and monument. Where is ours? 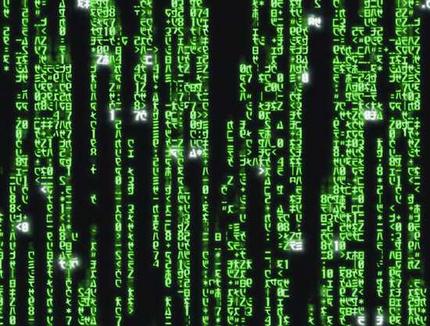 What is digital writing? Computer writing? It must be cryptographic - what is the cipher? Writing is representation; most writing is, it seems, inherently intelligible. How do we read digitally? Digital writing is foundationally numbered. Our digital writing is all numbers, all code. We scribe in numbers. We write in a sophisticated cryptography that breaks itself as it is written. The code and cipher are programmed to unfold automatically as one. The Matrix shamefully Orientalized data, visualized it all wrong. It's symbolic, to be sure, but not Other. Haunted by the computer curser, flashing interminably. What does it signal? This machine is in your world, in your home, in your bed already, breaking and reforming language before returning it, re-representing it back to you - faster, better. How intelligible is it?

We often speak of digital writing and code, programming languages and the UI, as playing with writing and representation. As I write this, I strike the keyboard corresponding to the letter I require and it is instantaneously represented to me on the screen. In actuality, neither the key I strike not the corresponding letter I see is actually present, whereas with a pencil and paper, say, when I write a letter, that letter is etched onto the paper.

This is not writing nostalgia – who cares? It is just a point of fact. Beneath my digital words are (to me, at least) an unreadable language. Writing has always been about cuts and engravings and traces; digital writing is about their absence. This is a neutral statement. Non-mechanical writing is also strange and foreign. Derrida: “It is not legitimate to contrast writing by hand and 'mechanical' writing, like a pretechnological craft as opposed to technology...having recourse to the typewriter or computer doesn't bypass the hand.” [8]

Derrida's usefulness here does have its limits, at times. Though speaking to a common relationship to the computer, his remarks can appear antiquated, and he (unsuprisingly) fetishizes print. He admits that he doesn't "know how it works…[he doesn't] know – how the internal demon of the apparatus operates. What rules it obeys. This secret with no mystery frequently marks our dependence in relation to many instruments of modern technology. We know how to use them and what they are for, without knowing what goes on with them, in them, on their side; and this might give us plenty to think about with regard to our relationship with technology today – to the historical newness of this experience." [9] This "secret with no mystery." This is the common technological interaction. Unsure of how something takes place, or why, we know that there are explicit rules which we follow unknowingly. Perhaps the reverse of the epigram is partly true - we pretend to exploit it even as we obey it.

The striking of a key is an act of impermanent etching. Onto the motherboard, the obscured and mystified technology that operates inside the shell I have in front of me, the circuit compelled and completed by my act is gone just as it begins. All that remains, in some sense, is ethereal substance-less light. A burst of energy. Digital writing is all instant and only present. It has no guarantee of its future, much less its past. This scene of writing, then, is always hidden. On my laptop, it quite literally takes place beneath my hands, “below” my computer. The screen itself is a type of chamber – much like a painting, its depth is a trick of the eye. The difference between the screen and the painting is that I cannot see behind the screen. The lack of materiality, at a certain point, damages the illusion. What’s behind my desktop? What does the back of this icon look like?

Perhaps, what digitality calls for, then, is “not a speculative thought, not a philosophy, not even a theory, but an experience of writing, a path ventured, a series of “political” gestures" which Derrida likens to "the question of the person with no papers, crushed by so many machines." [10] He links the notion of being paperless (like undocumented workers, refugees without homes, etc) with technology. This is not specifically a technological problem. Those with access are increasingly pushed towards paperless-ness and those without access are either conceptualized as outside, lost (insofar as they cannot contribute to data-driven capitalism and consumption) or actually migrant, dispossessed of a history, an identity. Paperless. How does information capitalism feel about those "lost" individuals? Incapable of producing value, they are left behind by Silicon Valley innovation and relegated to the classical (industrial) status of the worker. Worse, they become subject to, and provide the bodies for, the global flows of money, power, work, and war.

The computer in all its deterritorializing and destabilizing power, makes us all without paper to varying degrees. This bureaucratic metaphor can extend to thinking about our own government’s relationship with our privacy and rights, the situation of labor and employment (across all social, economic, racial, and material boundaries) in late informated capitalism, and/or how identity and anonymity functions behind and inside the screen. Digits are brutally efficient, eminently traceable, alarmingly simple. They are the perfect tool.

[4] “Tlon, Uqbar, Orbis Tertius” can serve quite well as a guide and companion for “Plato’s Pharmacy." Borges speaks on mirrors and fatherhood, both “abominable because they multiply and extend [the illusion and sophism of the visible universe]” (18), on limits of knowledge, on numbers and cryptography, on a friendship so close that speech is eventually eliminated entirely, on all biblios/books being “the work of one single author,” (28) always unsigned, speaking to themes of anonymity and untraceability.