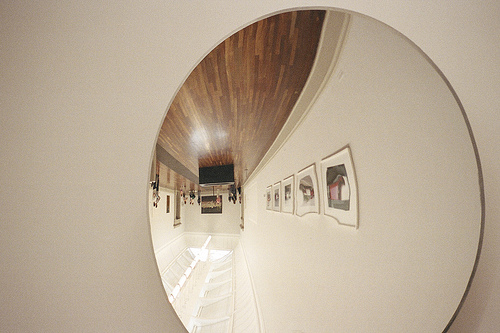 This idea of framing an object in objective space insists that there is a strong sense of order and purpose from a work, which must be matched by the critic’s intention to see to it that the framework is obeyed or broken laterally, logically. Free-expression in this way becomes a thing of the personal, held far away from critical discourse and the objective narrative. To state the pint firmly, to be “good” an artist must know their context and craft a work accordingly. As for the wanting to usurp and change the framework, the artist must do so with the available the rules of the medium’s language system and mechanical structure.

The main point here is that art and its world is firmly utilitarian. Discourse as a mechanism exists solely to attack an object or occurrence, to smooth out the standing misunderstandings or uncovered avenues. Art is text-based and bound, textual and full of codes. Discourse on an “elevated” level is then necessary to uncover the intent of the work, the path that it unduly carves out upon release. To have no discourse with a work assumes it to be a blatant and obvious work - there is nothing to talk about. If the work is truly evident and not just ignored, then this is good, this is the mark of a clear and well-functioning work. It simply is, without exhaustive interpretation and prodding. Discourse  can then be defined as a tool for gaining understanding of an object’s being an context. The word context here encompasses the text that is situated concurrently with the object. If the object is correctly positioned amongst the context of current societal events an understanding the work then needs no explanation.. Which, there are cases where the current group is unaware of their own context, thusly being unable to understand the work which correctly appropriates the space. A work that locks into place with the narrative of the current times, the tastes of the laylistener which are contextually influenced as well as the standards of the medium satisfies its function and gains the critics’ approval, again discourse isn’t needed. To return to the laylistener’s allegations of the critic being an opinionated fan with a platform, the laylistener must understand that the critic exists to check and map the form, not to cater to the whims of the casual listener: music criticism is made up of judgement calls. In direct opposition to the critic’s stance, the laylistener exists only to be swept away by their experiences being, the music object speaks about them, and the critic explains their objective relationship to the work.