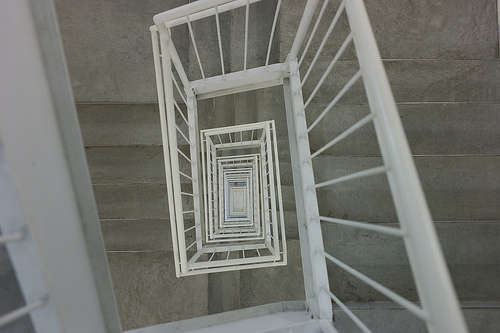 As mentioned earlier, the problem with current criticism comes from having a supposed narrative in place, or point of origin in which the review can rely on without question or fail. Because music offers no narrative outside of cognitive imaging by way of emotional impressing or lyrics that appear to give the songs plot, it has become easy for critics and their fan counterparts to make up a narrative. Truth in this case is wholly subjective, and out of this a supposed or self-evident truth arrives a memetic truth: truth encapsulated and reduced down to a swallowable form, but what has been lost in the process of reduction? Music in its current state (hypnagogic pop, vaporwave) is fascinated with memory through repetition, disjointment and the titillation of the absurd notion of cognition, which is interesting but that is for film to do by way of image montage or visual-cognitive dissonance and disassociation. Music through repetition is meant to construct, or rather, reconstruct. Frequency, harmonic structures, they are all building blocks on a monistic level striving to replicate if not build entirely the mind in its most basic and abysmal form. Memory is the simulation of having experience, as is the notion of cinematic presentation. Music is the body confronting itself and its very nature laid bare. With the memetic truth in place, the true narrative is lost. The narrative of tonal or structural growth and development that comes along with the ideological revelations that time brings about with wars and economic situations becomes utterly lost or seen as coincidental because the album’s worth is relative to the listener, the sole listener. For the music artist, this creates the interesting predicament in which the artist no longer has to know the rules of music, only the structure and the selected canon.