In Yoko Ono’s Cut Piece (Fig. 1), first performed in 1964, the audience is invited to cut the artist’s clothes. It is important to highlight this work not only because of its particular effort to engage with the audience directly, but its focus on the object of artistic production as means to and a platform for what can be considered direct action offered to the spectator.  The course of this action is aimed at the participant’s experience of the self via relations with others: things and people, and as such it relates to Rancière’s understanding of aesthetic experience which starts with generating a certain disjuncture as this work unsettles familiarity of certain forms and places them at a distance from their usual environments. 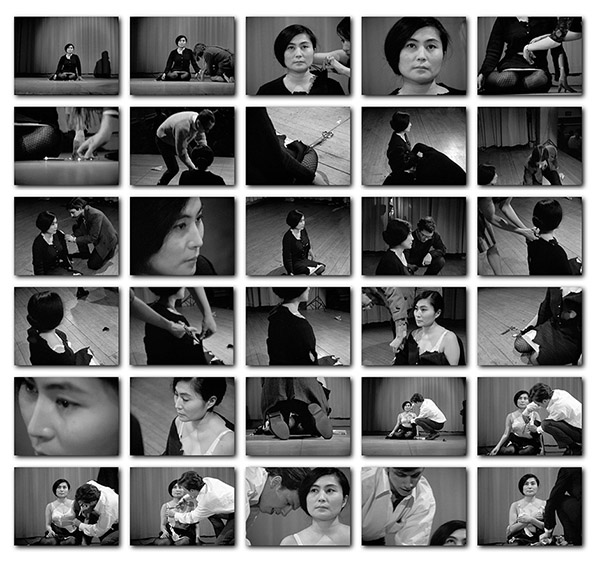