The edge of the dome of the Louvre: this is where the architect escorted me yesterday. I walked, yesterday, where no other man will walk again. The construction site of the Louvre of the desert reorganizes space in zones that are alternatively accessible and inaccessible to the public. With the architect as my guide, I was allowed to visit the temporary towers which were used to assemble the dome.

The work of art is not contained in space. Rather, it opens a special access to space, which is of the order of geometry. Relativity theory teaches us that space is not an absolute container but is the product of the dynamics embedded in it. The work of art has a dynamics of its own; therefore one wonders what the corresponding space might be.

The museum is an exploration of the space that is adapted to the work of art. It doesn’t contain the works of art but it highlights the space that follows from their dynamics. Now it so happens that the perfect place for the universal museum has been found. It is the desert, of course, or that part of the world in which space can be best sculpted and best outlined.

The Louvre of the desert is not contained in a thought or in a period of thought; it cannot be thought in advance. A new geometry is to be deduced from its existence, and consequently a new path of thinking. Now, the architect has enabled me to witness the genesis of that museum and consequently of that thought. Because of this unique privilege, what is contingent can become, as I think it, necessary.

If I must think the Louvre of the desert in a revolutionary way and not simply let my thought wander inside its space, if I must answer the question of what it means to think such a space and even what it means to think – for the function becomes equal to its object, at a limit like this – then I will say that the architect has granted me access to that thought, an access not available otherwise. 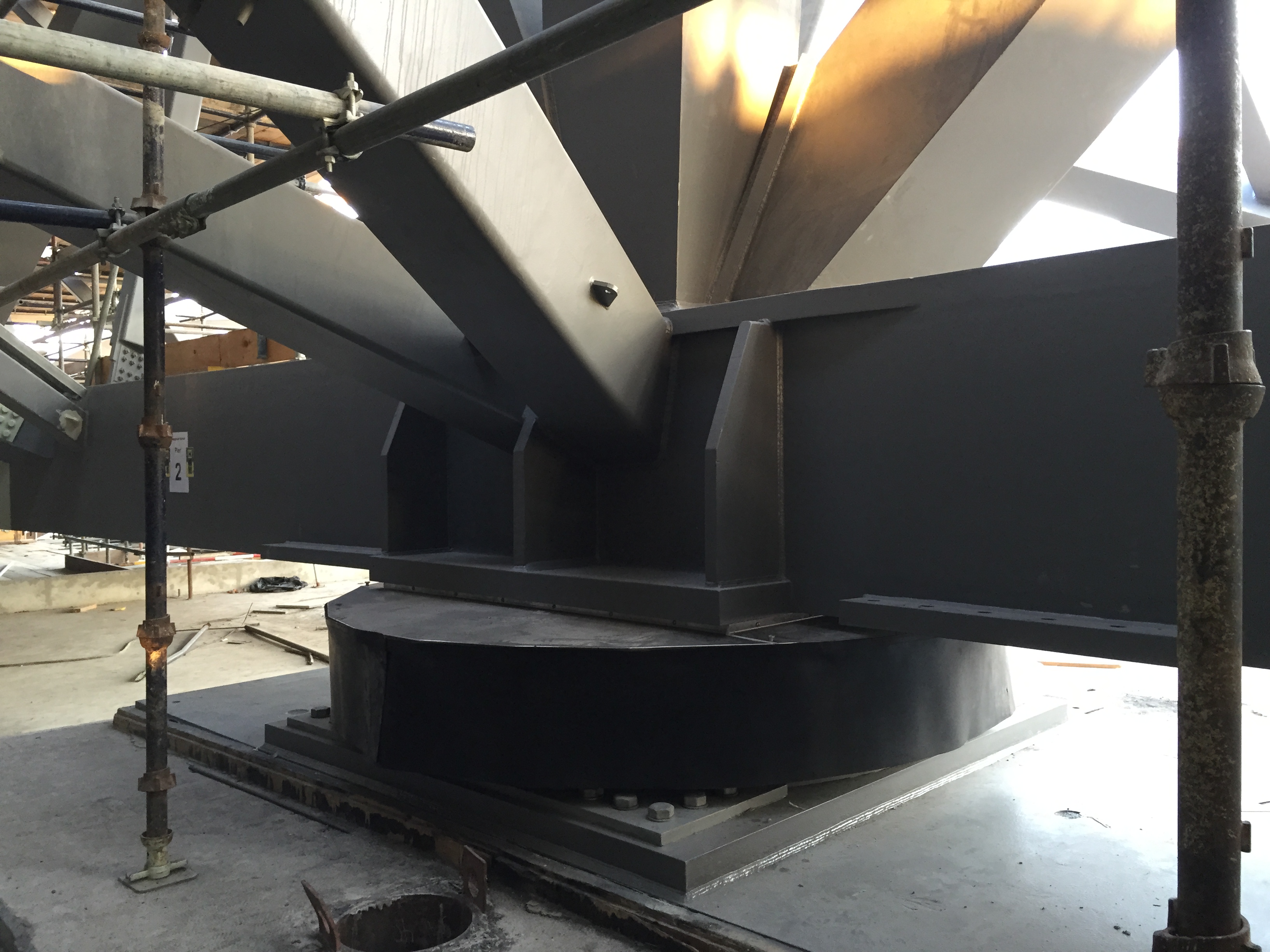 What does the smallest thing feel when it encounters the largest thing? What does thought feel when it encounters the Louvre? Is it only a question of scale? What is the scale of my thought as it progresses above the desert, right under the universal dome, through levels of temporary structure that will soon be removed? This gymnastics is quite unique.

To this walk corresponds a thought that is not possible otherwise. Far from being contingent, my walk leads to the absolute itself; it leads to a conception of space that is not possible otherwise. As I looked at the architect while she stood in front of a thicket of beams and scaffoldings, under the extraordinary dome whose edge blends with the horizon, I suddenly realized where she had her eyes set during all this time and what her occupation was. I realized the epoch she was staring at: the infinite dome and duration, the universal museum, its eternity.

Within the incredible building site there exists a mystery which it is my assignment to unknot. Here lies my privilege, and consequently my obligation. It suffices to think that the architect holds the entire archive of the works. Then it suffices to wonder what could be made of it or deduced from it – what role thought could play. My own narrative may even be part of the mystery and may lead the way to its essential knot.

Not everyone is fortunate enough to fill one’s head with visions of the construction site of the Louvre of the desert. If there ever was a book to write, it would be that one. What more do I need to name the maximal book? What more than a desert and a universal museum that emerges in the desert? What more than the dome of the Louvre, which is an Eiffel tower with a revolutionary shape, but whose structure is still supported by four permanent towers? 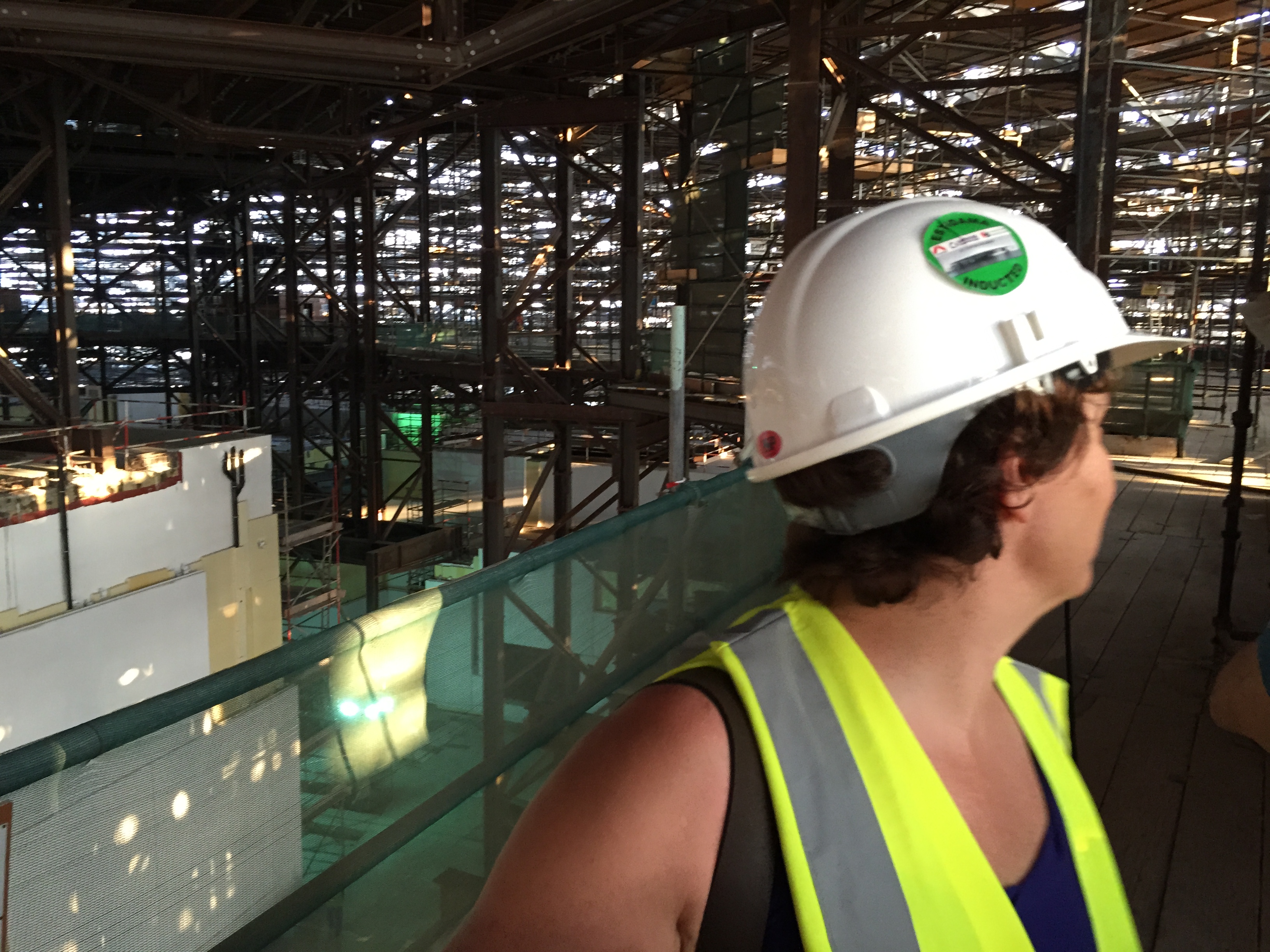 I walked then I stopped at an improbable level between the dome and the desert, right in the middle of a footbridge that will soon vanish, finally moving inside the genesis of the dome or, better, inside the theory of space, inside the structure that will become invisible when the Louvre is unveiled – and from that knot, I felt that the entire space was open to my thought and that among all the thoughts that equally presented themselves to me, I could choose the one with which to begin to walk again.

But I did not.

Only the future can tell me what thought I will have tomorrow. All I know today is that the passage has closed up and it is my body that no longer has a choice. When the engine is stopped, only gravitation can determine the trajectory. The museum of the desert holds me now with a force stronger than thought.