Capitalism!  You know, that rising tide that floats all boats, that source of all wealth and all well-being, that culmination of human history, ushering in an era of shining prosperity for all as it seamlessly sweeps across the globe.

Today we bring you three anecdotes from its inevitable and welcome march of progress.

Corporate mine owners purchased a drone that shoots paintballs filled with pepper spray. 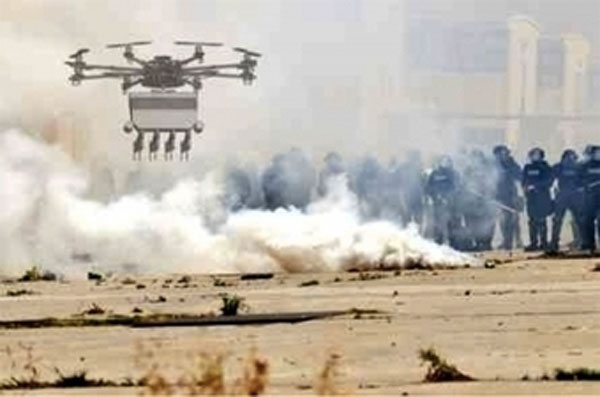 The affably-named "Skunk Riot Control Copter" also comes equipped with a "suite" of high-definition and vision thermal cameras, strobe lights, and speakers, from which police or security forces can issue commands, like "Hey, mine workers! Stop standing in the way of your own prosperity and opportunity!"

This is much safer and more humane than shooting workers in the back.  Safer for the cops, I mean.

A South Korean labor martyr's body was stolen by state and cremated against his wishes. 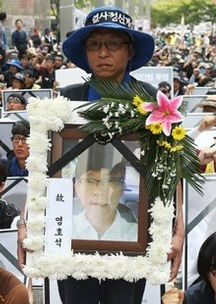 In case you thought the progressive reach of capitalism, and the state that acts on its behalf, would abandon you in death, REST ASSURED:

"The Samsung local chapter chair committed self-immolation in protest against Samsung's continuing labour repression. 300 police forces stormed his funeral wake, arrested 25 mourners, and absconded with the labour martyr's body. He was cremated under police protection against his dying wishes that his sacrifice be used to win labour rights at Samsung." 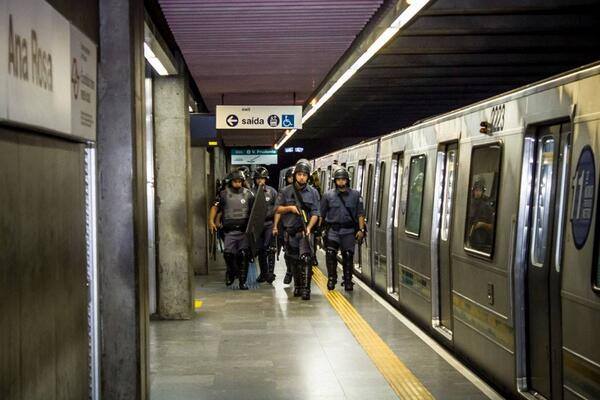 And finally, in case you are heading down to enjoy some of the World Cup action, don't worry about getting to the games on time, because capitalism is ticking smoothly along there too:

"To break the strike at the subway in Brazil, the government has deployed the military police to force them back to work, which is against their own laws. Armed military police guard each worker as functions and administrative staff are diverted to other functions, endangering the subway users."