I collect artists' books, zines and other works around a simple curatorial idea: web culture articulated as printed artifact. 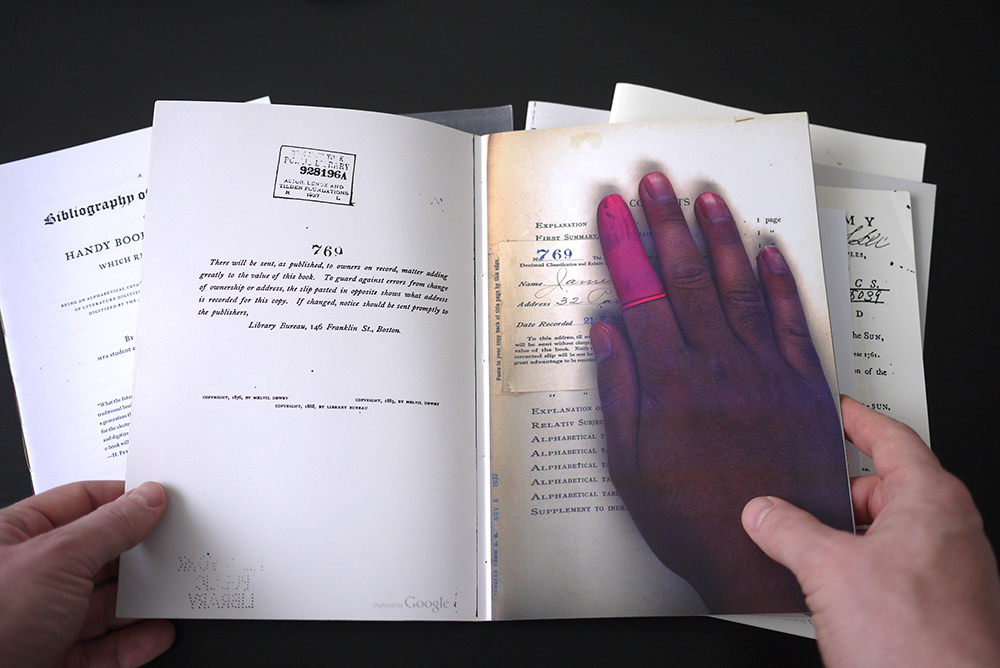 I began my small archive, called Library of the Printed Web, because I see evidence of a strong web-to-print practice among many artists working with the internet today, myself included. All of the artists in the collection — more than 50 of them now — work with data found on the web. But the end result is the tactile, analog experience of printed matter. 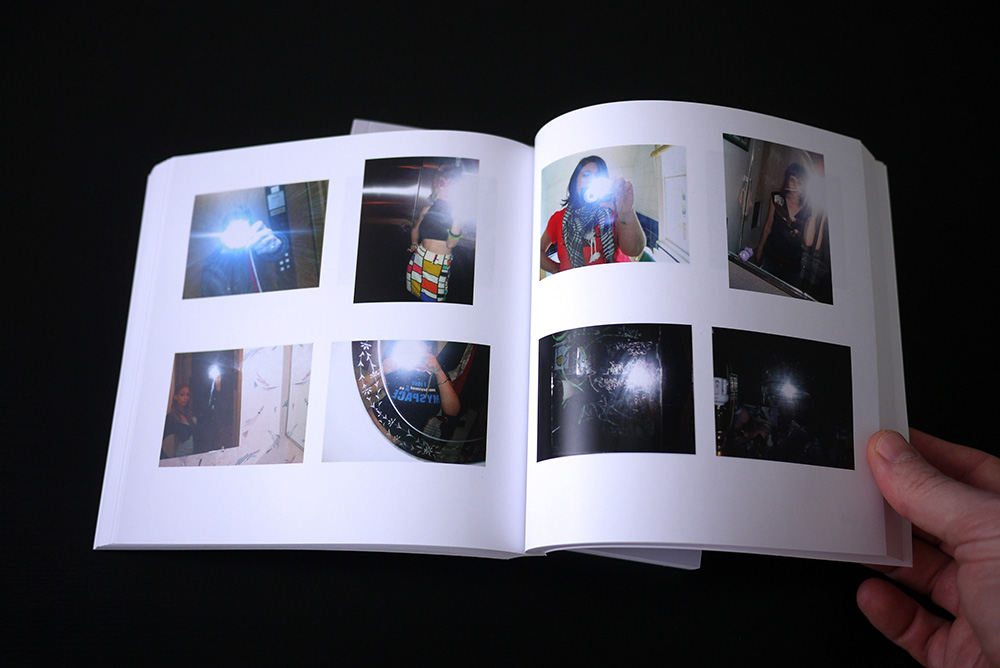 Looking through the works, one sees artists sifting through enormous collections of found images and texts, consistently using the same techniques. 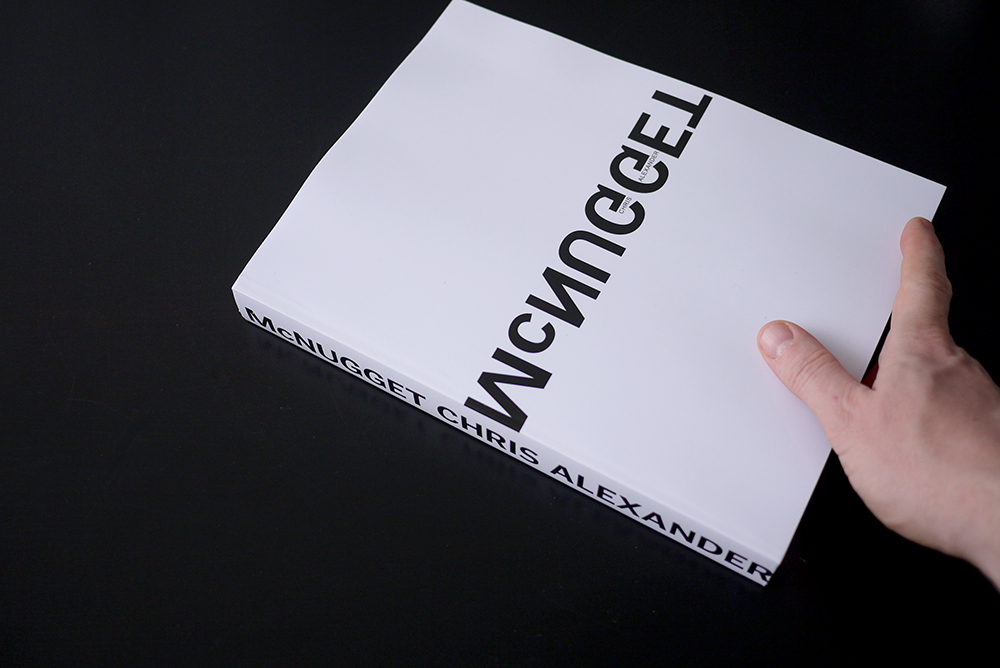 They engage with their material by grabbing it, like in Joachim Schmid's (2008–11) Other People's Photographs or Chris Alexander (2013) in his McNugget — a compilation of three months' of tweets containing the word "mcnugget.” 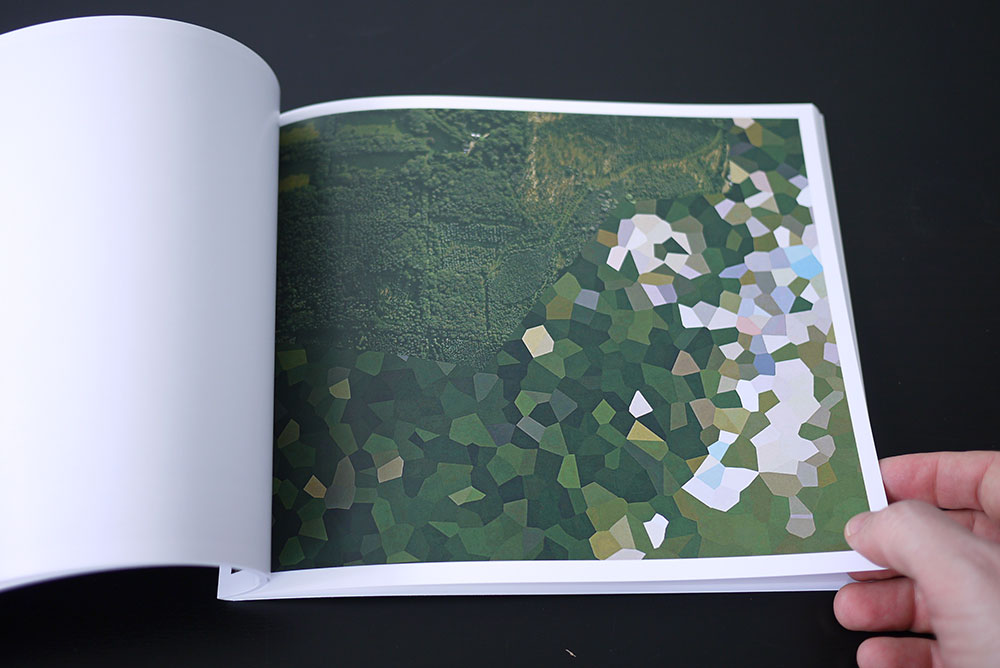 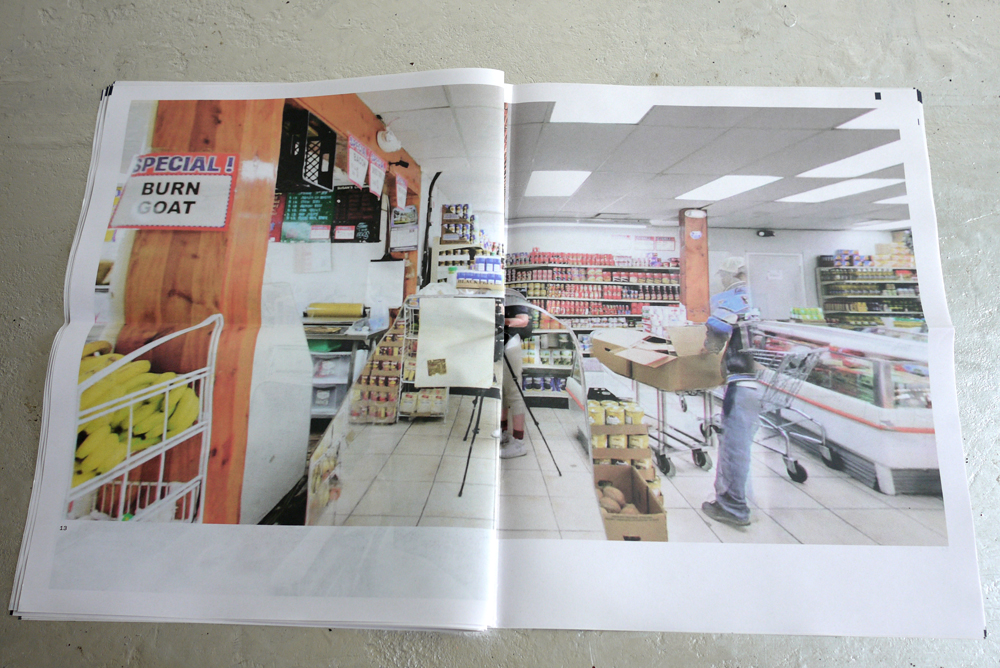 Or they capture content by hunting for anomalies, like Mishka Henner (2012) in his Dutch Landscapes and (2011) No Man's Land — works that present isolated conditions found within Google Maps. Many artists in the collection demonstrate a new kind of documentary photography by searching for these exceptional moments within Google Maps, Streetview, Earth or remote controlled webcams, including John Zissovici (2013), Andrew Hammerand (2013), Erin Zwaska (2014) and my own Las Meninas (2013). 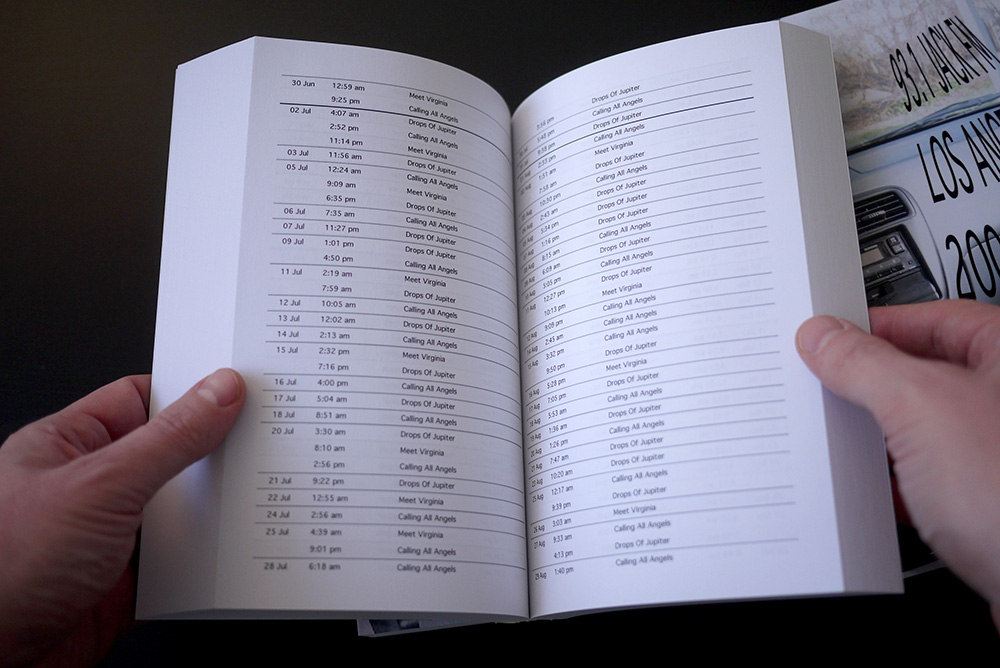 Some artists write scripts for scraping sites to accumulate larger quantities of data, like Guthrie Lonergan's five-volume (2008) 93.1 Jack FM Los Angeles or Daniel Temkin's (2011) Internet Directory (Volume XIX-5-18-103, All the Serious on the Internet). Other artists cut, post, paste, send or otherwise act out a procedure in a narrative fashion, performing their work between the web and the printed page, like Jason Huff and Mimi Cabell's (2010) American Psycho or David Horvitz's (2012) Public Access. 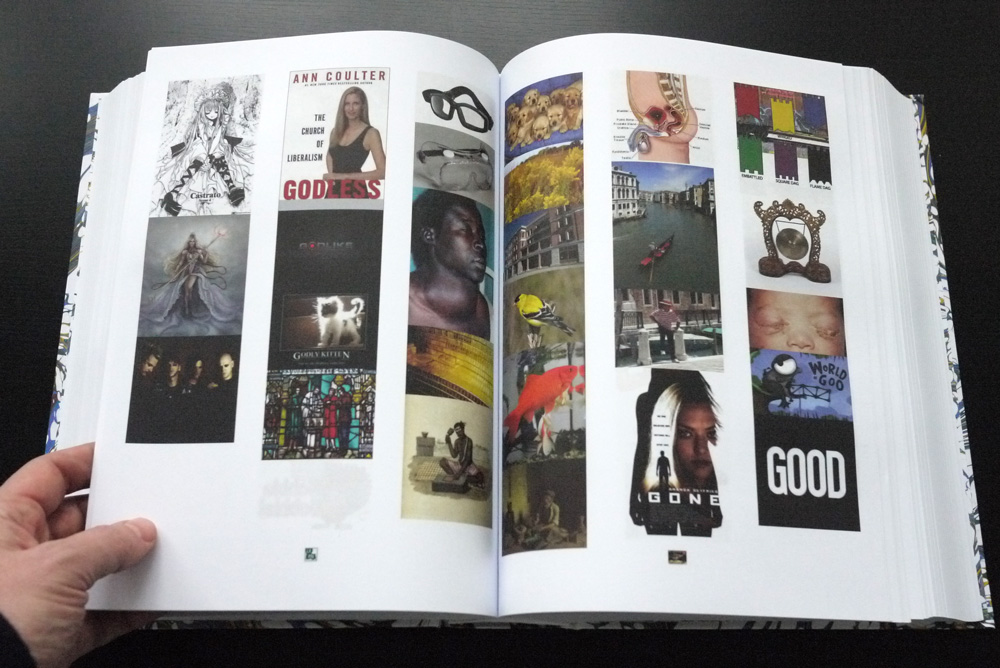 All of them use the search engine, in one form or another, for navigation and discovery. 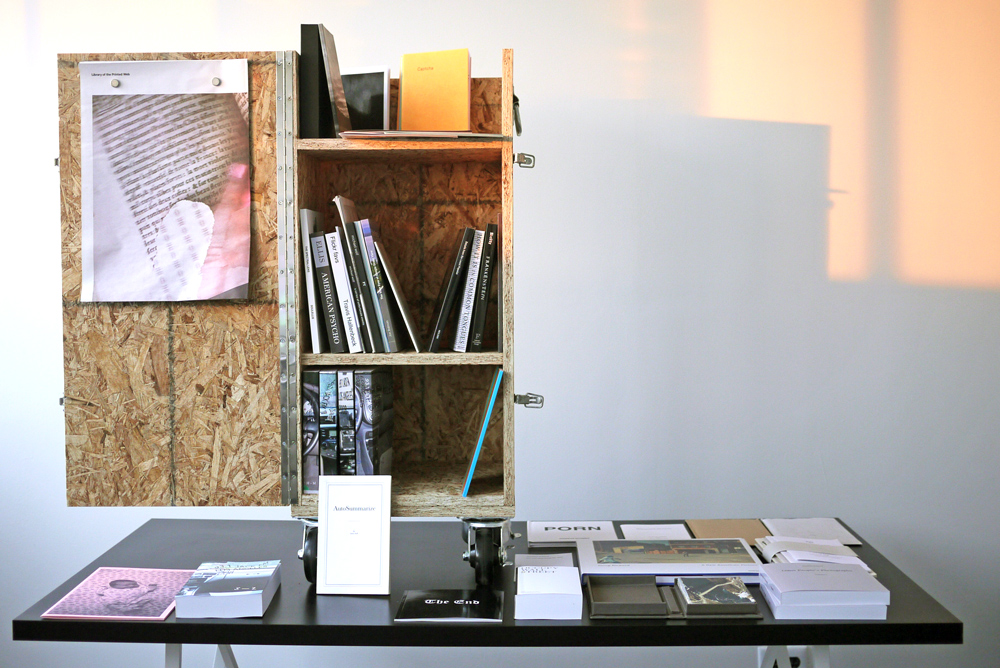 In fact, I would suggest that Library of the Printed Web, housed in a simple wooden box on wheels, is an archive devoted to archives. It's an accumulation of accumulations, a tightly curated collection that frames a particular view of culture as it exists right now, on the web, through print publishing. By documenting these found landscapes and re-framing them in a new context, the collection demands new questions and ideas.

Library of the Printed Web is new — but it isn't. All of the work in the collection has been created since 2008, much of it within the last year. But I believe the project owes a more long-term significance to a compelling twentieth-century trajectory. This is a narrative that begins with the readymade exactly one hundred years ago, passing through all manners of appropriation, conceptual art, zine culture, self-publishing, Lucy Lippard's democratic multiple and net art, to web-to-print practice today.

We can also see Library of the Printed Web as a phenomenon that's entirely contemporary and of this moment: a real enthusiasm for self-publishing, even as its mechanisms continue to evolve. We could even characterize it as mania, one that's come about because of the rise of automated print-on-demand technology, ebooks, networked production and easy distribution.

Poet, artist and performer Kenneth Goldsmith took an interest in Library of the Printed Web in the spring of 2013. He visited the collection and reviewed each work, declaring the "dumbest" ones his favorites. By dumb he meant those works with the simplest articulation of concept, requiring no explanation. These dumb works are the most readymade-like, presenting themselves as evidence of their own thingness, as nothing more than what they are, albeit in a new context.

Goldsmith, writing elsewhere about the mapping of the digital world onto the physical, says "Marcel Duchamp’s concept of the Infrathin — a state between states — might apply here. Duchamp defines the Infrathin as 'The warmth of a seat (which has just been left)' or 'Velvet trousers- / their whistling sound (in walking) by / brushing of the 2 legs is an / infra thin separation signaled / by sound.' Like an electronic current, the Infrathin hovers and pulses, creating a dynamic stasis, refusing to commit to one state or the other … it is concerned with the expansive fusing of opposites: ephemeral and permanent, digital and analog, becoming multidimensional, flexible, and radically distributive." (Poetry Foundation, 2012). 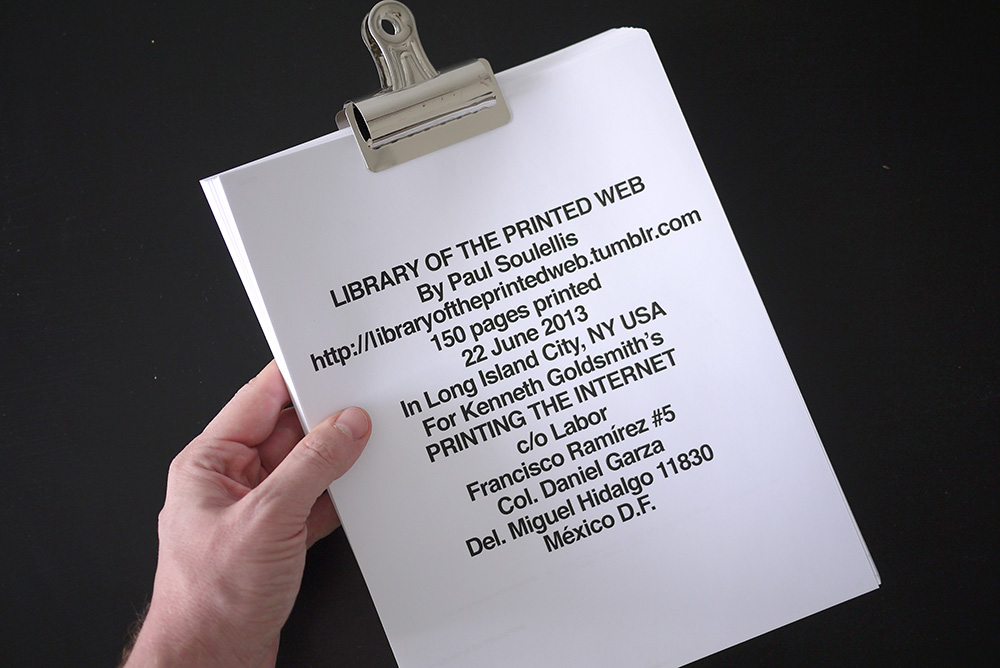 A few months after his visit to my studio, Goldsmith staged "Printing Out the Internet" at Labor Gallery in Mexico City. We spoke about how to incorporate Library of the Printed Web into his show but ultimately it was a singular, celebratory, poetic act — and dumb, in the best Goldsmith way: an open call to print the internet and send it to the gallery. It resulted in 20,000 submissions, and Library of the Printed Web was there: I sent libraryoftheprintedweb.tumblr.com as 150 printed pages, bound by a single metal clip.

At the same time, I was thinking about how to create a venue for new web-to-print work. Seth Siegelaub's death in June was on my mind, and I wanted to create an homage to his gallery-less curatorial projects, like The Xerox Book (Siegelaub, 1968) and January 5–31 (Siegelaub, 1969). Considering the many friends, new and old, who had contributed work to Library of the Printed Web, I thought — like Siegelaub, why not offer a fixed number of pages to some of these artists and create a publication-based group show of new work? Access to these artists would be easy, I could use print-on-demand and I would control distribution. 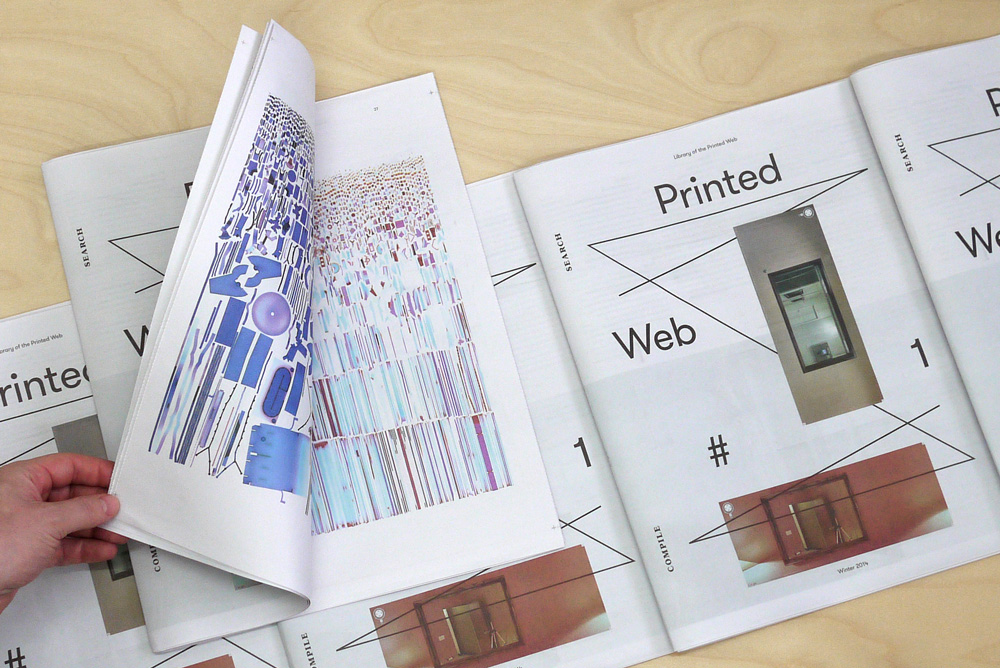 And so, Printed Web was born. It launched at the LA Art Book Fair and Printed Matter in New York City in early 2014. The initial print run was 1,000 copies (like The Xerox Book). 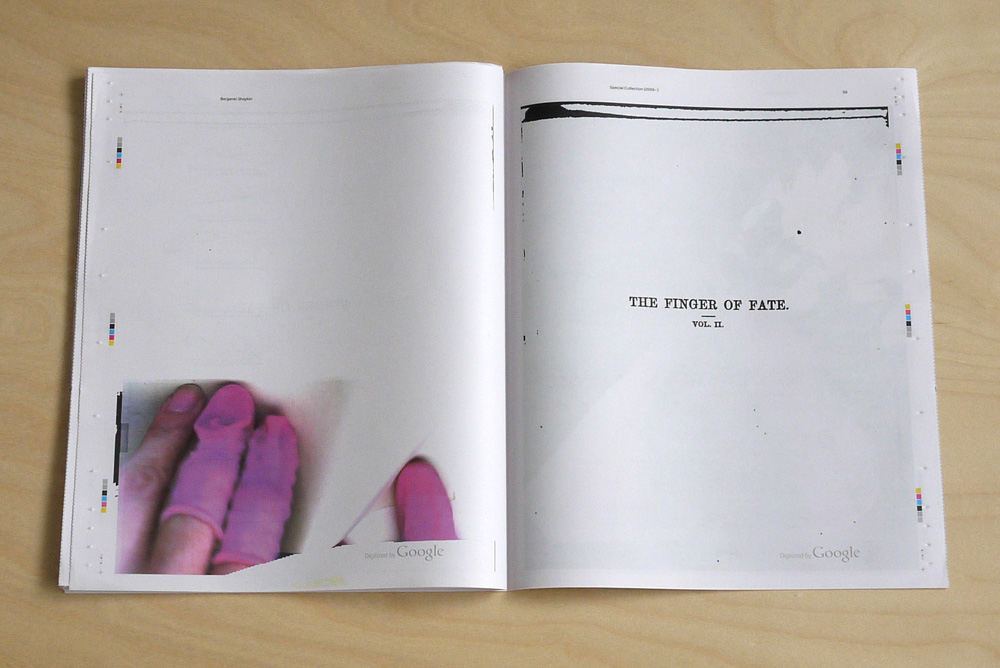 Printed Web #1 presented new work by nine artists: Joachim Schmid, Penelope Umbrico, Christian Bök, Clement Valla, David Horvitz, Mishka Henner, Chris Alexander, &amp; and Benjamin Shaykin. The 64 print-on-demand newsprint pages offer up a wide view of contemporary web-to-print practice — including both photography and language-based works — by using its most common, primary techniques: grabbing, hunting and performing. Each artist was given six pages for their project, and even though I offered no direction to the artists, other than "printing the web," the publication neatly divides in half: objects (pictures, screens and things) first, and then identity (the self). 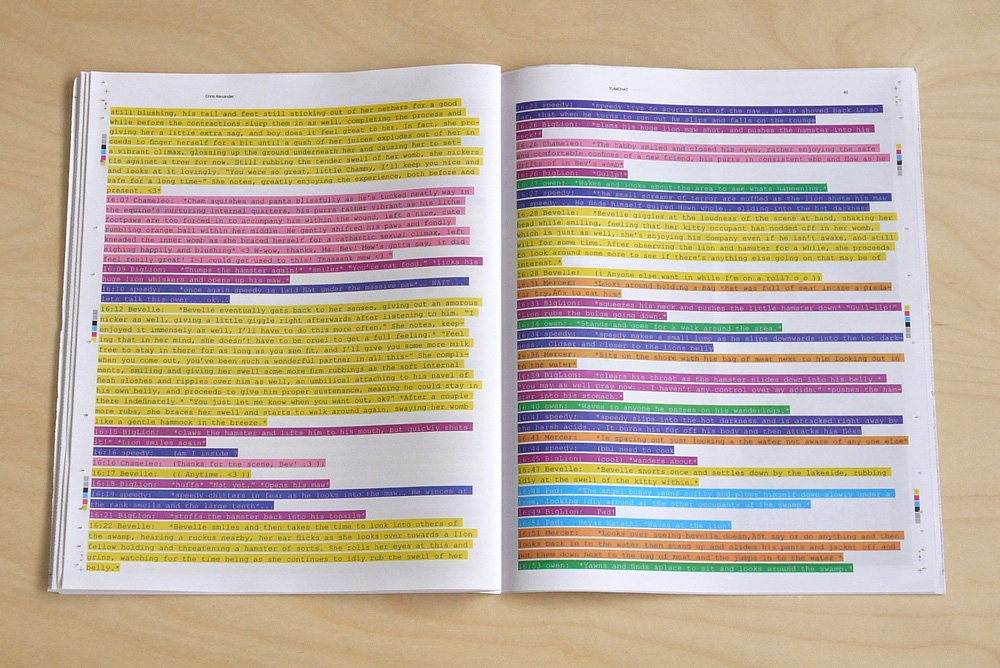 Printed Web #1 is less anthology and more assemblage (Richard Kostelanetz's Assemblings were also direct inspiration here); there is no single web-to-print "movement." Rather, several territories mingle. Because of Schmid, Umbrico and Henner, a strong photographic idea inhabits the issue, as well as an experimental poetry presence, via Alexander, Goldsmith and Bök (even though his piece is a visual one). And a NYC/Rhode Island School of Design net art conversation opens up with the inclusion of Clement Valla and Benjamin Shaykin. 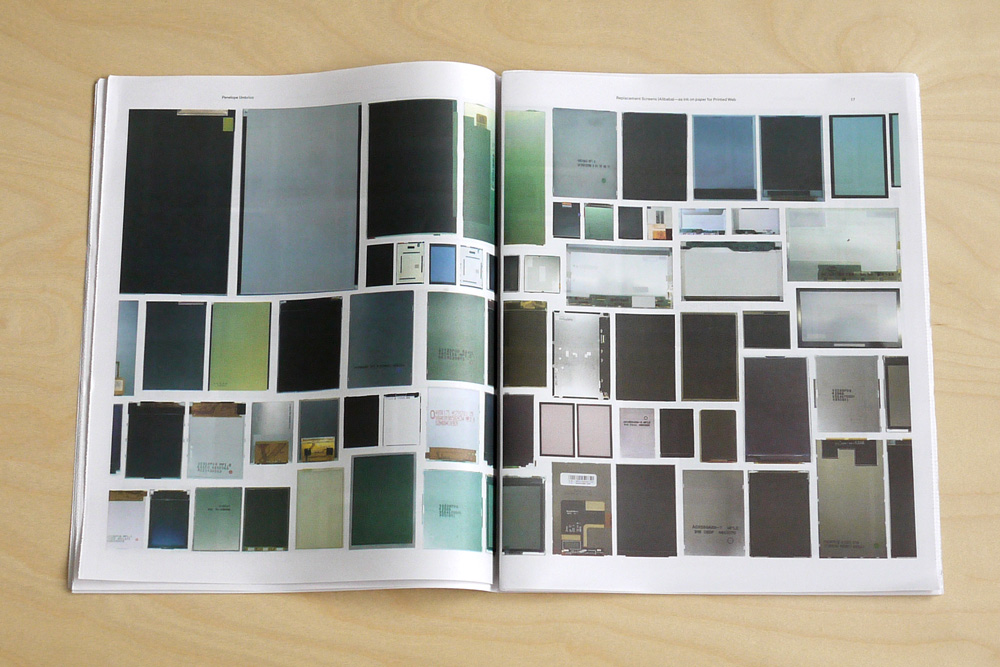 An essay about circulationism by Hito Steyerl, previously published on the web, was grabbed and reproduced with her permission (Steyerl, 2013), and an article by Kenneth Goldsmith, originally intended for Printed Web but first published online for The New Yorker, was simply screen-grabbed on The New Yorker website and included in the centerfold, readers' comments and all (Goldsmith, 2013). 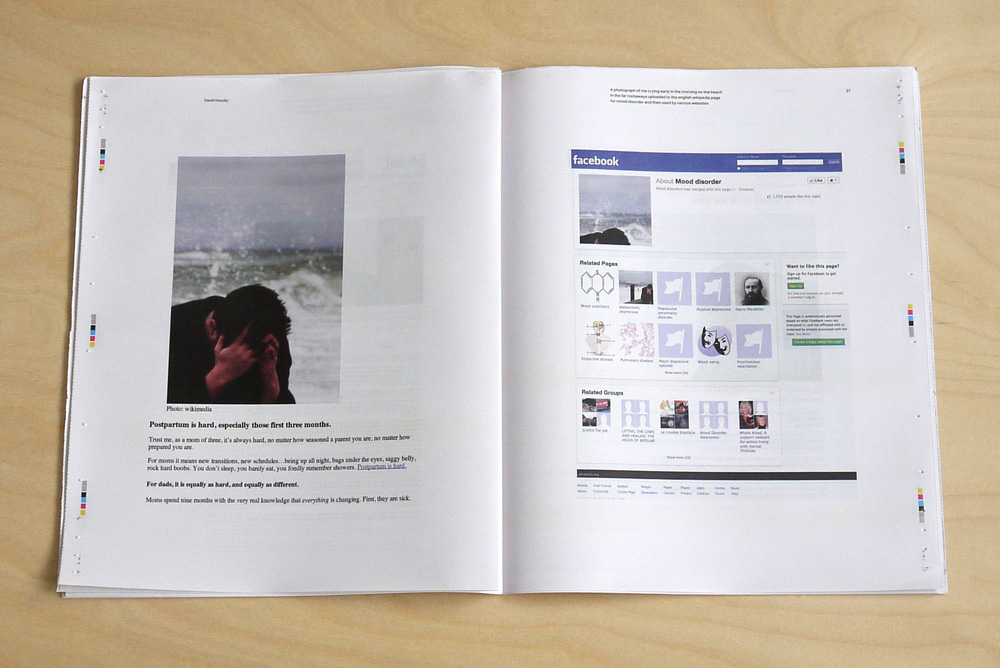 These curatorial and publishing activities via Library of the Printed Web and Printed Web confront issues of materiality (our desire for printed matter) and the immaterial (our addiction to networks) by engaging with artists who express the tension, beauty and poetry in the space between — the infra thin. 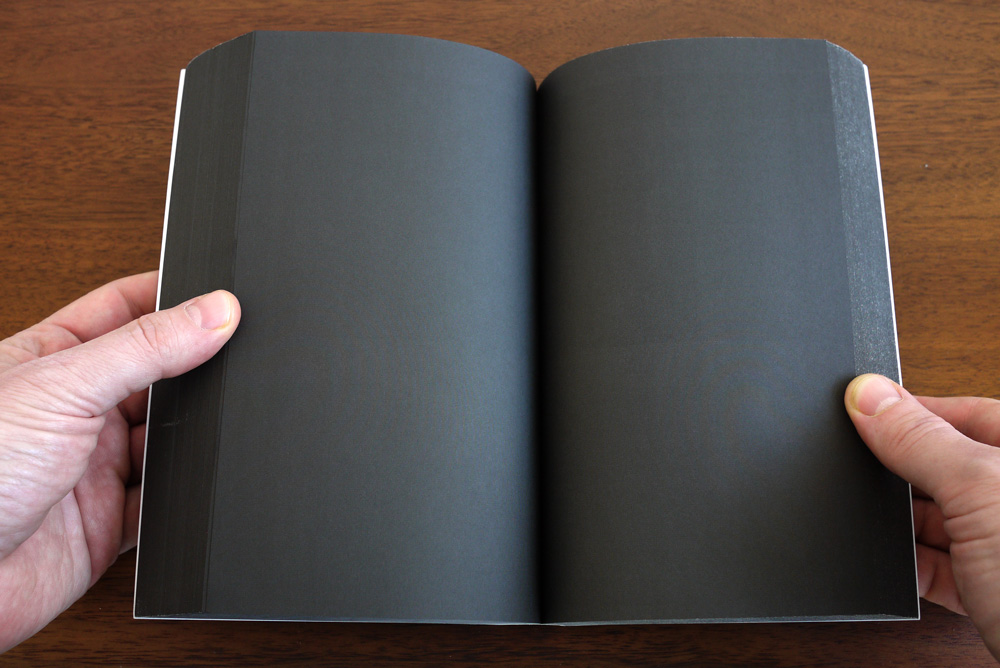 My goal is not to define a movement, or an aesthetic. At best, these are ways of working, or a place to work, that help us to unpack and understand the shifting relationships between the artist (as archivist), the web (as culture) and publishing (as both an old and a new schema for expressing the archive).

This piece will be published in the upcoming book Code X.

Images
All photographs by Paul Soulellis / Library of the Printed Web except:
Rodriguez, M., 2013. Kenneth Goldsmith, Printing Out the Internet. [photograph]