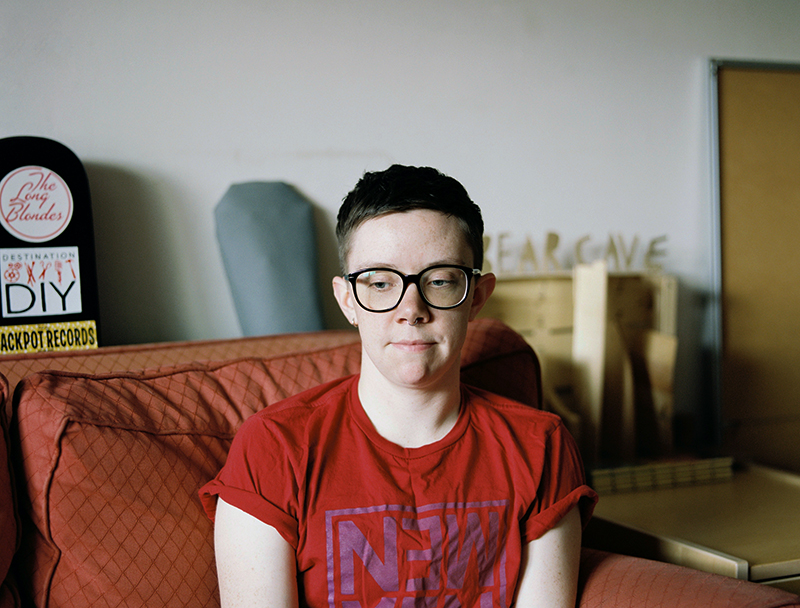 Transgender is a term that was first used by Virginia Prince, a leading American transgender activist during the 60s through to the 80s. The term was later used to refer to all transgressions of gender categories including, but not limited to, ‘butch’, ‘fairies’ or ‘queens’, heterosexual cross dressers, as well as transvestites and transsexuals. The term ‘transgender’ has since become an umbrella to cover a collective of individuals who don’t conform to traditionally accepted norms of gender identity or behavior.

Many documentary photographic portraits that deal with transgender issues exploit the genders of their subjects, pointing to an Otherness or eroticising their bodies. My main prerogative in On The Cusp is in dispelling stereotypes and presenting each subject in a non-exploitative way; therefore, photographing the sitters in their own environment (their home or somewhere they feel comfortable) contrasts with the dehumanising approach that dominate images made of transgender people, which often  focuses solely on their gender or trans-statues, or uses them to further a specific point about social construction and gender.

As part of this project, I invited people who identify as transgender to take part in shaping its outcome and to sit as models for the production of the work. Tamsin Dungey, Felix Bear Lane, Lucy Jane Brown, Greygory Vass, Nikki Grace and Leng Montgomery are six very different people who share a similar, yet at the same time very individual and personal journey. I was interested in photographing each sitter in their personal environment, ideally located in their home, and in their chosen attire that they feel comfortable wearing day to day.

My main prerogative is in breaking down barriers and dispelling stereotypes about people who identify as transgendered, with the work encouraging an open discussion amongst people of all sex, gender and preferences.

By having the photographs taken in the sitters home and in their everyday attire, it strips them of any signifiers attached to common stereotypes – these are everyday people in everyday environments.