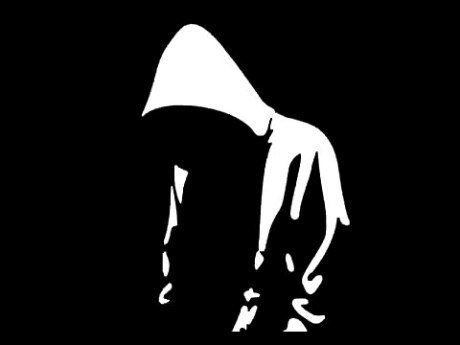 First came the identifications with Trayvon.  There were blogs and tumblrs and hashtags and a Facebook page collecting similar stories of race-based harassment and violence, but soon amalgamating pictures of people of all ages and ethnicities simply donning a hoodie and declaring "I am Trayvon."  "We are all Trayvon."

Then came the disidentifications.  Numerous articles appeared reproachfully reminding us that that "You" and "I" are not Trayvon Martin, and a whole new tumblr began collecting solemn acknowledgements that such racist acts of violence do not happen to white teenaged boys, or to middle-class women.

This is a common debate in a post-modern world.  Now that universalism has been unmasked as the discourse of those in power, any such statement as "We are all Trayvon Martin" sounds at best naïve and at worst colonizing.  It sounds like white people presuming to understand or speak for lived black experience.  It sounds like an attempt to efface difference, and effacing difference always leaves us with a privileged, white remainder.

The "We Are Not Trayvon" tumblr has a point, which is to remind us of white privilege.  It's an important, and subtle concept.  White privilege is not, as New York Times reviewer Jon Caramanica described it recently, "the belief in the normative nature of whiteness."  It is not a belief at all, but instead has to do with the concrete ways in which society treats human beings differently on the basis of their race.  Privilege manifests itself in whether or not you are safe from violence or protected in your perpetration of it.  Whether you will be viewed with suspicion or with sympathy, irrespective of what you have done.  Whether your professed fears will count as exonerating evidence in a murder trial, because they are accepted as a legitimate version of reality, or whether they will count as evidence of your complicity in your own death.

In other words, white privilege is part of the functioning of racism, which is not primarily a psychological phenomenon (like a virus that infects the soul), but the actual subjugation of human beings through legible structures of domination, including a criminal justice system whose main purpose is to protect white property and criminalize black men.

It is because those structures of domination are indeed legible that we need not spend so much time hand-wringing over the status of uttering "I am Trayvon Martin."  In fact, doing so is part of a very disturbing personalization and psychologization of politics in the wake of post-modernism.  This is what keeps us dwelling anxiously over whether identifying with Trayvon exculpates us or only make us guiltier.  Keeps us focused on noting whether white privilege and white supremacy subjugate us or work for our own benefit.  Keeps us vacillating between effacing all difference and constantly upholding it.

The problem with these kinds of vacillations is that they completely erase the most important political concept there is: solidarity.  Solidarity is not based on sameness of racial identity or of lived experience.  Nor is it a kind of sympathy that reaches across difference.  Instead, solidarity is just a sheer determination to struggle together.  It is a commitment to work collectively to overturn the structures and institutions of racism, in the recognition that, while white supremacy may not victimize us all, it is only yet another instrument of arbitrary division and domination, and to pretend that one person cannot be motivated to action by the injustices visited upon another plays directly into its hands.