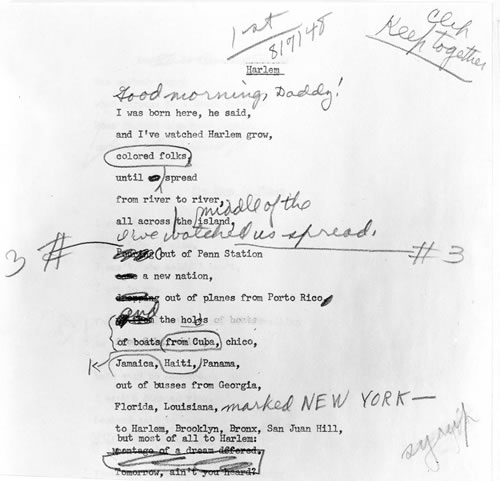 Partial draft of “Harlem” with the Baldwin's notes.

Then the questions from the audience:

What was Baldwin’s place in queer culture?
(this isn’t about gay marraige)

Did he feel self-conscious on-screen because his father told him he was ugly?
(but he’s so charming)

Why isn’t the audience nodding?
(they're listening)

He wasn’t an effeminate faggot.
(no one was saying that as an insult)