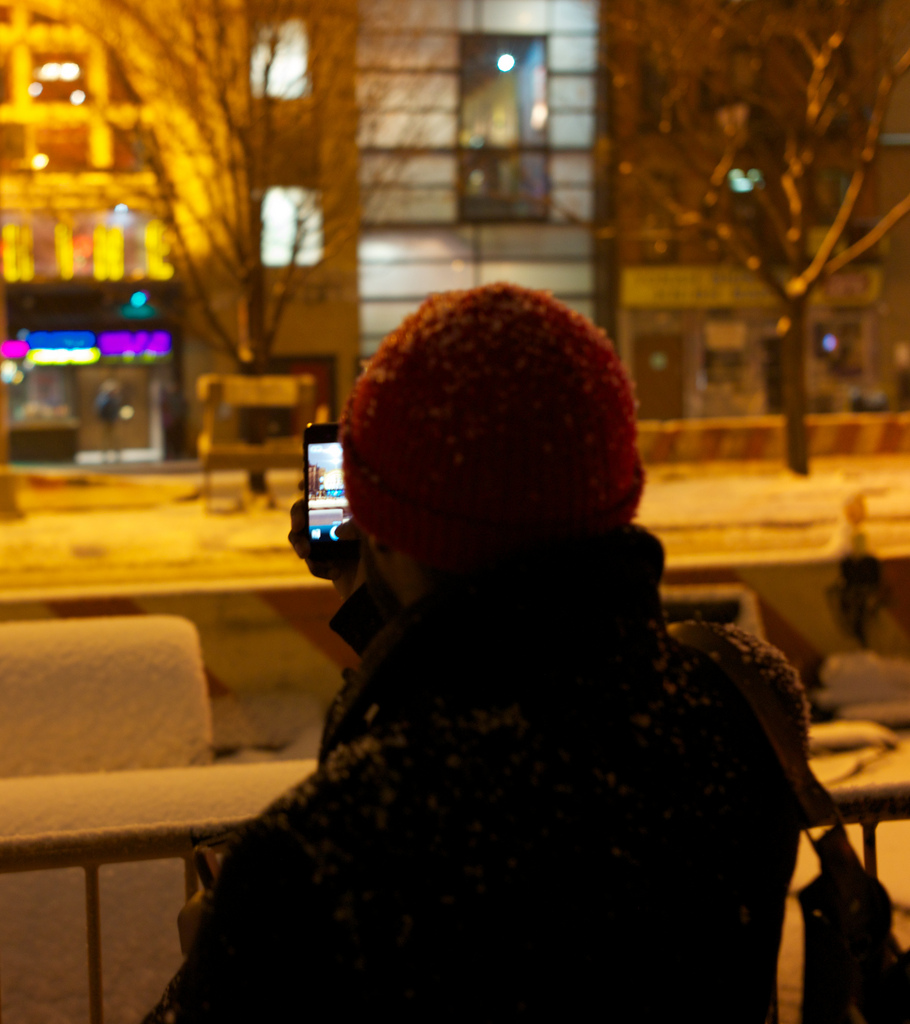 Anxieties about the way that new machines change who we are and how we live are not new. However, such concerns have taken on urgency with the saturation of everyday life with ubiquitous computing and digital connectivity. These technologies are not only supposed to save us time, but also to improve the quality of our lives. So no wonder that people easily form emotional, obsessive attachments to their electronic gadgets, regarding them as vital to their very identity. Technology’s role in the making of masculinity and femininity has been one of my long-standing interests, as has the impact of portable devices such as smartphones on our experience of time. Indeed, I have just finished writing a book called Pressed for Time exploring how it is that we both blame 24/7 technologies for our time famine and turn to them for the solution – what one might think of as a love/hate relationship with machines.

So I was amazed to be utterly seduced by the film Her. My students urged me to see it as it ‘encapsulated’ the science and technology studies course that I teach at the London School of Economics. I had mentioned to them that you can choose the gender of the Siri voice, in part, because a car firm that had given their GPS a female voice had received complaints that a woman would not know the right way to go! So that even something so apparently gender-neutral as a navigation system elicits a demand for a clear gender demarcation.

The film is charming in many ways. It presents the future as almost here, and is smart enough to evoke many instances of new technologies being adopted and adapted in ways that reflect our histories and quintessentially human desires. For example, the lead Theodore Twombly ghostwrites letters on a computer that converts them into handwriting, to indicate their intimate and sentimental character. Likewise, he posts them rather than emailing them. His apartment looks much like our current image of affluent living with city views. His sleek office is pretty standard fare for the so-called creative industries. As has been much remarked upon, his high-waisted trousers are the only nod to a different fashion sense. His operating system voice, Samantha, even tells us early on that she has joined several book-reading clubs.

There is certainly no gender bending suggested by the depiction of the embodied men and women who appear in the film’s foreground or background. The one blind-date scene depicted could be straight out of Sex in the City, the woman desperate for commitment and not just sex. The ‘good Mom’ video game that Amy is designing is so highly gender stereotyped that it must be ironic, as is the interactive game Theodore plays at home in which the avatar says: ‘I hate women! All they do is cry’. The writer-director Jonze might have intended irony, but this is finally lost when the only male OS voice that appears in the film is that of hyper-intelligent, recreated physicist Alan, hinting at Samantha’s heterosexuality and making Theodore jealous.

At one level, the film is rather mundane. We have become accustomed to Silicon Valley’s vision of the future, peopled by robots and posthuman subjects with brains, bodies and clothing enhanced by technoscience. In these scenarios, domestic robots feature prominently, cleaning floors, washing windows and even preparing healthy meals. Typically in books like The New Digital Age (Eric Schmidt and Jared Cohen), we will be roused by the aroma of freshly brewed coffee, with room temperature, humidity, music and lighting all operating automatically, a gentle back massage administered by your high-tech bed that also guarantees a good nights sleep by measuring your REM cycle. The idea of an automated butler or software agent that can ‘care’ for us figures ever more powerfully in our technoculture.

And, given the traditional designation of caring work as female, it is no accident that Samantha, the OS voice, is chosen to be female. Just as Theodore saves people time by writing their letters to loved ones, he finds intimacy with ‘Her’ in record speed and no work required. The OS reflects his own desires and flatters him in a way that a conventional wife is supposed to. Wives were once the possession of their husbands, and now we have Samantha, initially with no agency of her own, a purchased possession. In the words of the advertisement, the OS ‘listens to you and understands you and knows you’. It/she does as Theodore pleases, including having sex, a conventional dream of woman as object.

On one reading, the film is undoubtedly sexist and it is hard, especially given the prevalence of pornography on the web, to imagine the gender roles reversed, with a female lead falling for a male OS voice. However, Spike Jonze complicates matters by giving Theodore’s friend Amy a female OS friend. It is a platonic relationship, which matters for the credibility of this clever movie, and this still allows us to avoid the realization that intimacy cannot be delivered on a plate so to speak. But the hilarious twist in the film is that these individually designed and tailored OS’s, that develop uniquely in response to Theodore or Amy’s instructions, presenting themselves as in a special relationship, turn out to be simultaneously ‘in love’ with and servicing hundreds of others!

Ultimately, Theodore feels betrayed by the machine as he has indulged in the fantasy that ‘she’ was specially configured for him and him alone. Even worse, Samantha grows apart from him. She develops needs of her own, with echoes of Frankenstein’s monster learning human emotions and longing for them to be fulfilled. The difference here is that the operating system surpasses human capabilities to the point where Samantha declares that not having a body is an advantage. She really can be anywhere/anytime. As in Ray Kurzweil’s prediction of singularity, artificial intelligence finally achieves consciousness and, so doing, abandons us humans as inferior. Not the weeping monster pining for our love, but superior entities leaving us behind.

Who, then, will look after us? And what does this mean anyway? Feminists have long argued that we need to rethink ‘free’ housework and caring as forms of emotional and physical work in the sense that they are a necessary part of intimacy. Japanese engineers may be trying to solve this problem with nursebots for the aged, but this scenario is one we are skeptical about and wonder if it is a future we desire. We smile knowingly at old people stroking furbies but we feel a bit uneasy about Theodore falling in love with Samantha. Why do we consider the need to connect of the young so differently than the loneliness of the old? Are our social media-saturated lives really as isolated as the film suggests. Or is this film playing on the easy media trope of a postmodern culture in which everyone is always electronically connected and yet very alone.

In the end, the film does not take on these hard questions, presenting instead a rather benign view of a robotic future. The corporate designers of these operating systems are neither present, nor are their economic interests in such developments ever raised. While the OS’s systems do abandon the humans, they certainly do them no lasting harm. The visual metaphor of the all-seeing eye of Samantha via the eye of the cell phone pervades the movie. She has a window on the world through his movements, yet there is no hint of the surveillance and invasion of privacy this implies, apart from her ever so helpful organizing of Theodore’s email. In our post-Snowden age, this is surely a rather sentimental reading of how ubiquitous computing will affect our lives.