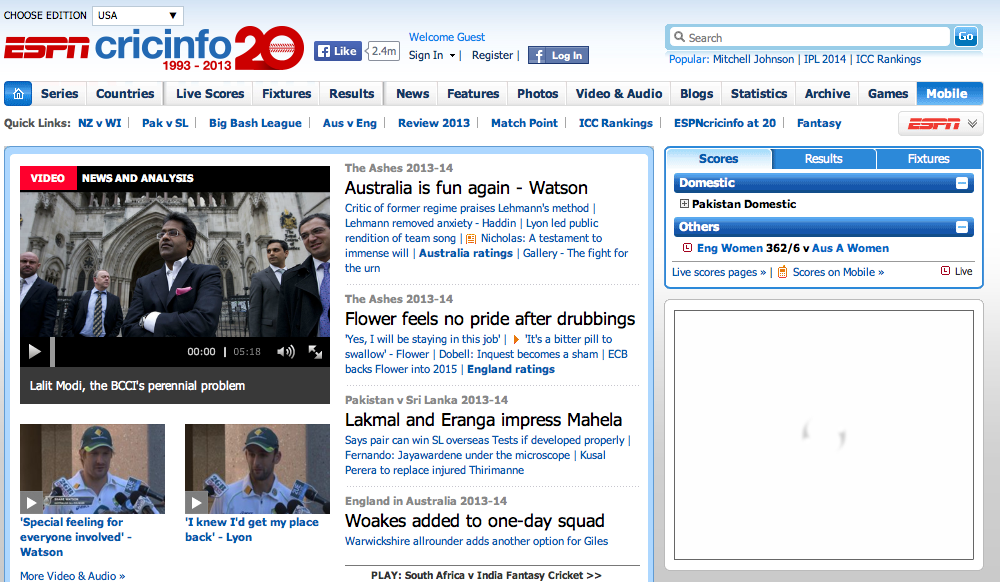 Having grown up in Australia at the height of the West Indian team's domination of cricket, I have been instilled with a deep interest in cricket and like to check the scores worldwide every day. I have a running conversation with one of the Carribean security guards at the Museum about the current state of the Australian and West Indian cricket teams - so it is important that I keep up to date! Although owned now by ESPN, CricInfo has along history dating back to text-based commentary by cricket fans on IRC chat and an early version of the site even had a partnership with Mick Jagger in the late 1990s!

Thumbnail image of Seb is from here.