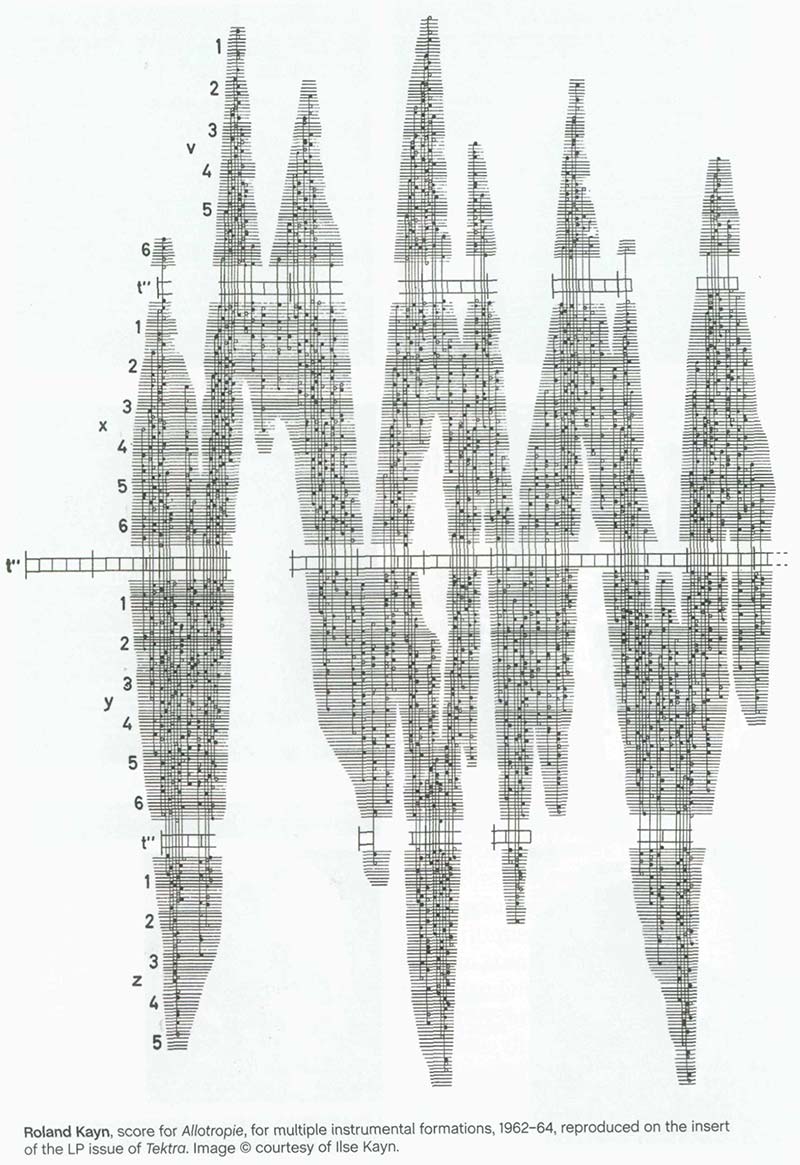 "The advanced analog equipment he found at the Institute of Sonology in Utrecht (namely a sophisticated voltage-control system of modular units, and a variable function generator, essentially a primitive sequencer through which one could control various components in the studio) allowed Kayn to finally realise cybernetic music, as an implementation of an algorythm that produced sound in real-time. The sonic scenarios were never fully programmed nor fully random, but 'the composer presents his music as an artifice which he constructs and sets in motion, but once he has done this, it is left to move through space, a ‘free’ music, which, like the fabric of the cosmos, follows its own internal laws and conditions.'"

Roland Kayn and the Development of Cybernetic Music