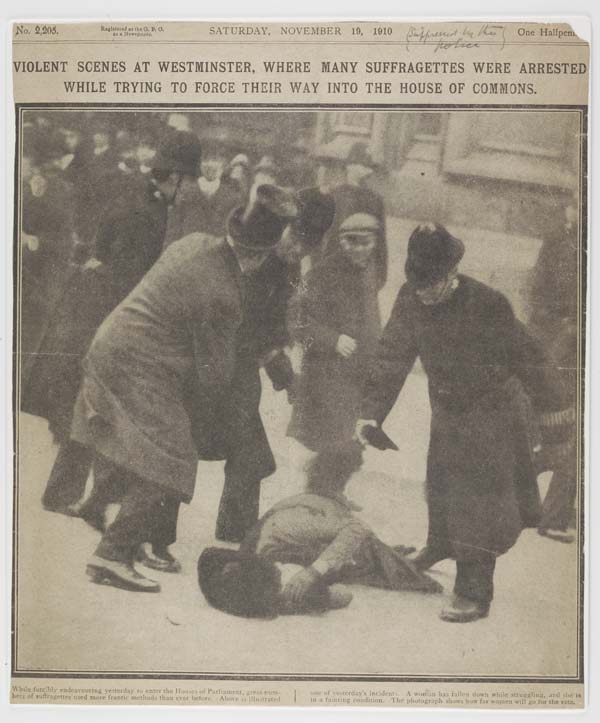 Once a social justice movement, like women’s suffrage, has succeeded in enshrining its goals in law and social acceptance, it is all too easy to dismiss the state violence against it as a relic of less enlightened times. But such violence often looks the same with each recurrence:  wildly disproportionate; reifying racial, gender, class, and other biases; and trampling civil liberties. The rhetoric also looks similar, delegitimizing activism as frivolously idealistic, a distraction from “real” issues, and, simultaneously, dangerously irresponsible. The word “violent” has a sneaky way of attaching to protest, even—perhaps especially—when the protesters are the ones being bloodied; state violence, on the other hand, is supposed to be hygienic, orderly, responsible, sane, and necessary.

So it went with Occupy Wall Street, where protesters worked so hard to exercise passive resistance in the face of police brutality. Cecily McMillan attributes her elbowing of Grantley Bovel’s eye to an automatic reaction to the grabbing of her breast from behind: self-defense, not assault. Supporters know her as the “queen of nonviolence.” What if those of us who believe her story—and more particularly, those of us who don’t—compare her actions to those of the suffragists, who had fewer scruples about fighting fire with fire?