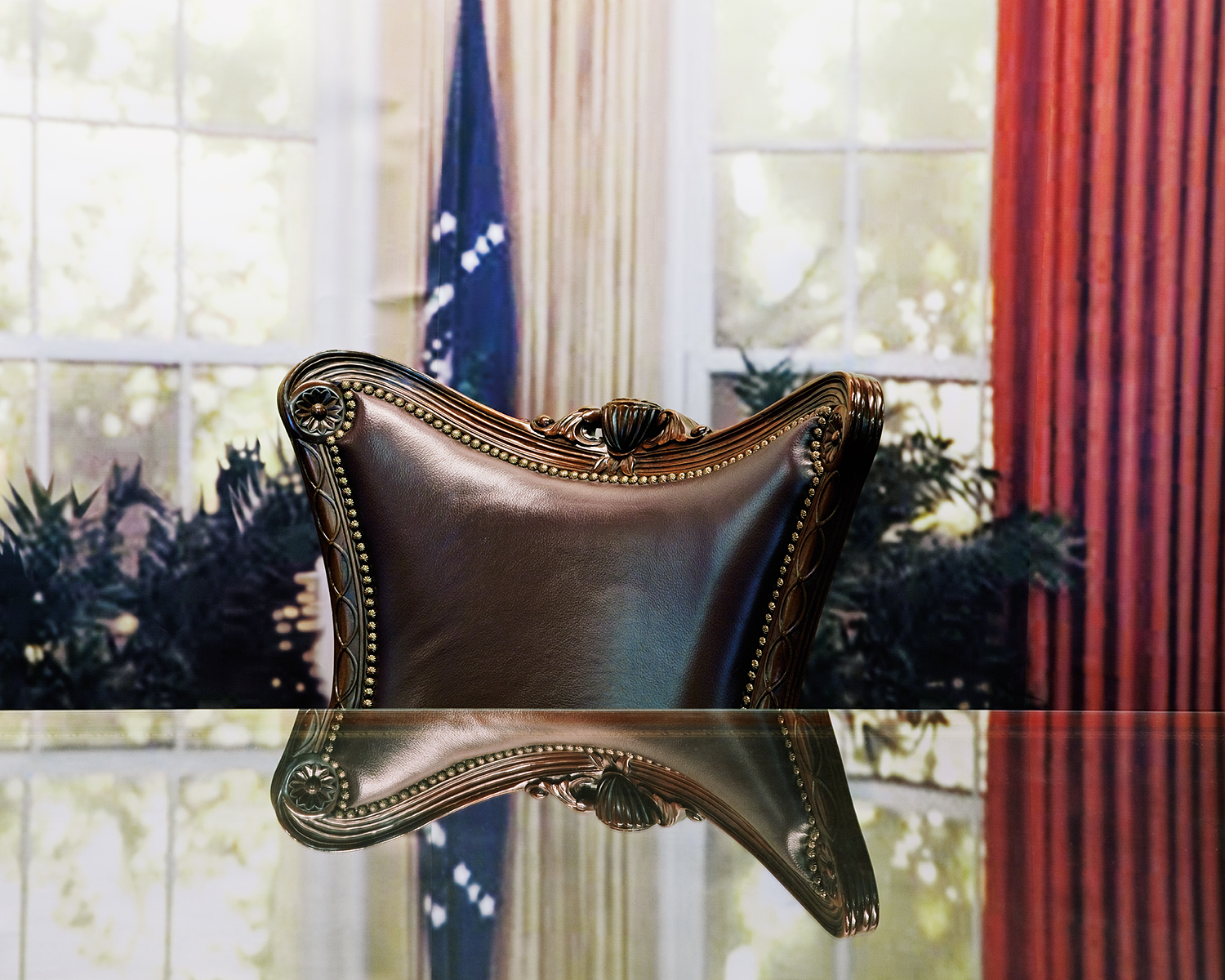 All the Presidents’ Men combines images made in presidential museums and historic sites across the United States with images from my father and grandfather's homes.

In 1959, after a spontaneous, all night road trip, my 18-year-old father and a friend met former president Harry Truman out for an early morning walk on the streets of Independence, Missouri. My father doesn’t remember what they talked about, only the thrill of meeting a “gracious” and “unassuming” man. More than 50 years later, I visited Richard Nixon’s presidential museum in California, where I recognized my father’s nostalgic yearnings in the objects, images and exhibition designs. However, I also noticed that the visual displays showed little evidence of the restlessness and uncertainty that have shaped my father’s generation and characterized Nixon’s legacy.

History is made of a multitude of stories that are continually reified, reconfigured, remembered, lost or forgotten, but never visible as a whole. In this series, sections of museum displays are isolated to partially suspend their illustrative function and suggest other emotive, personal or narrative dimensions that complicate the intended message. I am intrigued by an increasingly visual and immersive museum environment and its effect on the stories we tell about our personal and political lives. Paradoxically, these familiar masculine mythologies persist, despite our awareness of the tenuous grasp they hold on the complexities of history and the multifaceted lives of men.